After Tayrona National Park we essentially spent the last 4 days in Santa Marta lounging by pools and catching rays. It was pretty stressful, to say the least. We also spent a day in the city with some friends we’ve met a long the way and enjoyed some very delicious gelato. We had some beers on the beach and watched a sunset over the Caribbean Sea, like I said… stressful. I also got to volunteer with a children’s group that the hostel sponsors and it has become one of my favorite memories of the trip by far.

Unfortunately all of this stress did not prep us for the nightmare that would become our travel day home. We had taken a bus from Santa Marta to Barranquilla the night before the trip because our flight was at 8 and we weren’t going to wake up at 3am again for a flight. When we arrived at the airport we were informed at the check in counter that our flight was delayed by 3 hours, due to the crew getting in later than expected the night before. So right off the bat we were in trouble, our connecting flight in Miama was only 54 minutes after we landed so we were going to miss that flight. We also received a voucher for food in the airport but it was only at a burger restaurant so breakfast burgers it was (not a complaint, just a fact). 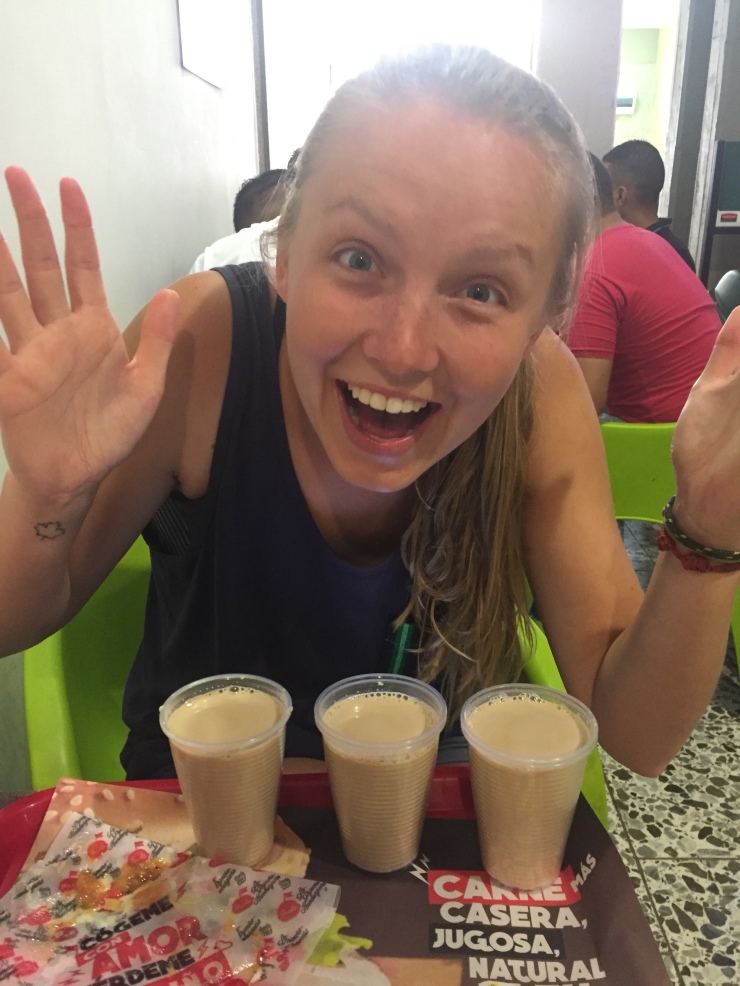 After going through security I had my carry-on bag picked apart by a security agent and Becca was laughing because we assumed this would happen with my less than clean shaven look. Then the tides turned on Becca when her checked bag had been brought up and security made her take everything out of that. The annoying part of this security check was that it was with 20 minutes before we were going to board so by the time we had repacked Becca’s bag, we were the last ones to walk on the plane.

After landing in Miama we now had 5 hours to kill instead of the 54 minutes we thought. I am honestly not sure if we would have made the connector because it took us about an hour to get through all the customs and security to get back into the terminal. Well at least that hour helped us burn some of our waiting time. We ended up watching some Billions, eating Key Lime Pie and drinking beer. Not the worst way to burn a couple hours. Finally we were at our gate waiting to board the plane when we found out that it was delayed another 30 minutes. So we weren’t getting home until 12:20 now on Friday morning…

Again the flight was fine and the pilots must have been punching it, because we got to Toronto much quicker than they said. We flew through customs and our bags were some of the first to hit the conveyor, after 4.5 months and a 17hour travel day, we were home.

Now with my parents new house in the country I didn’t lay my head on a pillow until 3am, then I almost missed my 10am haircut to relieve my neck of the 10lbs of hair on my head.

I’d like to say thank you to everyone who followed along to our 4.5 month journey. We have a couple more posts coming, but I’m not exactly sure what we’re going to do with the blog after this. If anyone has any ideas, Becca and I would love to hear them. THANKS AGAIN!

1 thought on “Travel Day from…”