After getting to El Calafate, we found a cheap campsite and parked up for 2 nights to explore the town and give Alfonso a break. El Calafate, like most towns in Southern Chile, seems to have been revived by the tourism industry. Ivan and Tash signed up for a mini trek on the Perito Moreno Glacier for 2 days after we arrived, leaving us a day to explore the town.

We had almost run out of propane in the van (oops) and were now pretty dependant on buying easy meals from the grocery store or eating out (and getting coffee out), as we now realize we can’t get propane again until Chile. We got caught in some tourist trapped stores and explored all the various “gear” stores looking at everything we couldn’t afford or really need. For Becca and I, it makes for a fun afternoon. Dinner that night was the last 2kg of meat that we had in the fridge as our fridge had shut off due to lack of propane and we had just enough propane to cook one last meal. Talk about meat sweats… 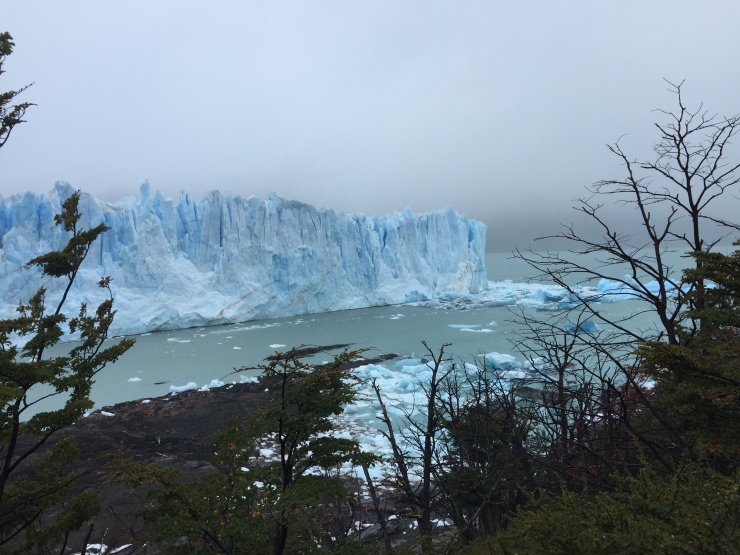 The next day we explored the town trying to find some propane with no luck, so we headed off to Perito Moreno Glacier for Tash and Ivan’s mini trek and to check out the third largest glacier in the world. We got there just as the rain started to come down which made for a chilly afternoon of exploration. What an amazing sight though, such an impressive ice cube. We dropped Ivan and Tash off at the port for their excursion to finish and then Becca and I spent the rest of the afternoon curled up in Alfonso, catching up on some reading and Netflix. It was one of the more chill afternoons of the trip so far. As the driver, I don’t get the chance to watch shows or read on our long drives, so it was nice for me to get an afternoon of “nothing”.

Ivan and Tash returned with massive smiles on their faces which was awesome, as we were worried about the weather. That night we returned to town and ate some Guanco (an animal down here that’s everywhere and looks like a llama) and lamb burgers from an awesome local restaurant and settled into our 2nd gas station sleep over of the trip. 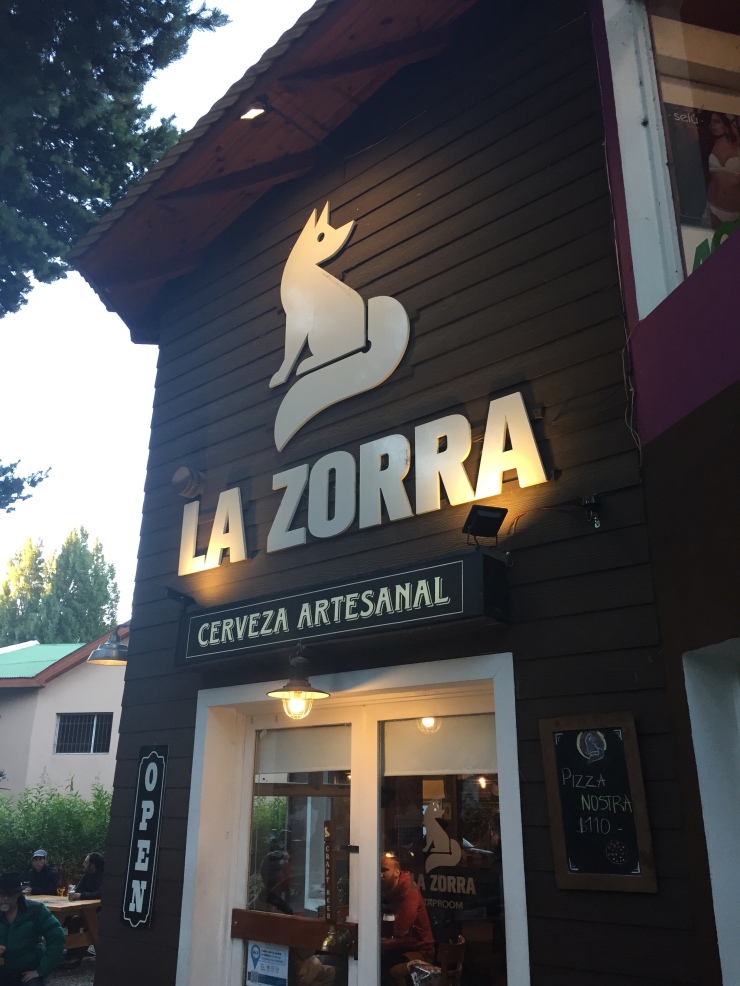 For the size of the town and the busyness of the area, the only tourist draw is the glacier and some kayak excursions in the surrounding area. Not a ton if your budget is tight and you want to hike, though they did have some pretty good craft breweries that we felt obliged to sample. So we woke up early, prepped Alfonso for a couple hour drive, and set off for El Chalten… the mother land for hikers and climbers alike.